1. Claude Hildenbrand – Chairman of Board of Director

Claude’s support of AFESIP speaks for itself as it has been unwavering for many years, now. Claude brings with him the support of numerous affluent members of the Lausanne, Switzerland and abroad community. He is an entrepreneur and manages several businesses. After meeting Somaly Mam in 2013, he was immediately touched by her fantastic fight to save young girls from trafficking, exploitation and indentured slaveries slavery. Then, he spontaneously decided to join Chris Wolf (President of Solyna Foundation based in Switzerland) to create the Swiss foundation to support on AFESIP’s on the ground work in Cambodia. 100% of funds raised by Solyna Foundation is going to support AFESIP in Cambodia to help the young women and girls who are victims and survivors of trafficking, exploitation and indentured slaveries. Claude has traveled to Cambodia many times since in order to support and empower Somaly and the survivors to give them as much attention and love as possible he can. In addition to the efforts with Solyna Foundation, he also supports AFESIP financially as necessary. 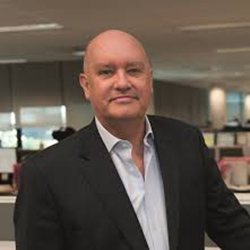 2. David Cooke – Member of Board of Director

He is a business leader using critical thinking and ethical reasoning to execute a strategy of cultural change as the first Chairperson of non-Japanese Managing Director and Konica Minolta Business Solutions Australia. He has established an ethical sourcing program to eradicate modern slavery from supply chain. His work has been acknowledged with the Australian Human Rights Commission Business Award for 2018 and the Freedom Award by Anti-slavery Australia in 2017. He is an adjunct Professor UTS Business school. Chair UN Global Compact Network Australia, promoting UN sustainable Development goals to business. UNSW Australian Human Rights Institutes, Advisory Board, Non-executive Director Sustainalytics, a global ESG research firm. David is a truly humanitarian person. He supports AFESIP and Somaly Mam without condition. He brings together the corporate partners and individual supporters in Australia to support the great work of AFESIP. Besides, he provides personal financial supports to AFESIP to help the young women and girls who are in needs.

3. AnnaLynne McCord – Member of Board of Director

AnnaLynne McCord is an American actress, writer, director and producer. Known for playing the vixen, vamp and roles of a darker nature, McCord first gained prominence in 2007 as the scheming Eden Lord on the FX television series Nip/Tuck. Followed by credits on CW's 90210, TNT's Dallas, Stalker on CBS, FOX's Jerry Bruckheimer produced pilot, Lucifer and, currently, ABC's Secret's and Lies. Her turn as a disturbed and delusional teenager in the 2012 film, Excision, was widely acclaimed. For her role in Excision, McCord won "Best Actress" at the Malaga International Week of Fantastic Cinema in 2012. McCord's recent film, 68 Kill won the Audience Award at SXSW and her performance has been hailed strong, fierce and powerful. 68 Kill is due for release in 2017. During her free time, McCord has contributed to various charities, stating that  "working with charitable organizations and giving back has been (her) saving grace as it has taught (her) how to rescue (herself)." She is the President of "Together1Heart" which empowers women and children victimized by human-trafficking and sexualized violence. In 2009, McCord was awarded a U.S. Congressional Honor by Connecticut Congresswoman Rosa De Lauro for her anti-trafficking work. In 2014, McCord revealed that she was sexually assaulted when she was 18 by a male friend. In March of 2015, while speaking at the United Nations in support of UNWFPA McCord announced her alignment with the NFL-supported anti-sexual assault and anti-domestic abuse project, the NO MORE Campaign. Recently, after speaking at the Oxford Union in England McCord connected with NO MORE UK and has extended her ambassadorship overseas. As a TEDx speaker, advocate and activist, McCord continues to engage audiences at colleges, events and private parties with her candid outlook on sex, anti- sexualized violence, anti-domestic abuse and the slavery which "touches 7 billion people": mental slavery. In June of 2015, McCord began the Beta Phase for an entirely new type of talk show she would host online. In this never-before-seen format, McCord invites you, literally and figuratively, to come pajamas-ready and jump in bed with her as she delves into topics such as Mental Health, Body Image, Family Issues, Domestic Violence, Sexual Assault and much more. Her tag line claims the show is: "Unfiltered. Uncensored. No topic is off-limits or taboo." The overwhelmingly positive response would see her first episode airing just a few months later in October of 2015. The show appropriately entitled "Truth" seeks to create an open forum style of conversation. 'Truth' married with it's partner SmileTime offers an entirely interactive, LIVE experience which allows direct round-the-world engagement through video-chat and LIVE chatter. 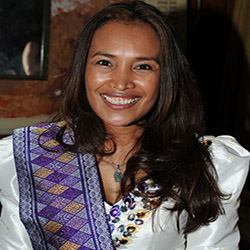 4. Somaly Mam – Member of Board of Director

Somaly Mam is a survivor of sexual slavery and a current-day human rights activist. Somaly was forced to work in a brothel along with other children for nearly a decade, and was brutally tortured and raped on a daily basis. One night, she was made to watch as her best friend was viciously murdered. Decid­ing then that she would no longer “keep her silence,” Somaly heroically escaped her captors and began to build a new life abroad. But she vowed never to forget those she left behind, and soon returned to Southeast Asia. She dedicated her life’s work to saving victims, building shelters and programs for healing, and empow­ering survivors to become agents of change. Her holistic approach ensures they not only escape their plight for good, but have the emotional and economic strength to face the future with hope. Somaly estimates that she has touched the lives of over 4,000 victims to date, and she has been recognized as a CNN Hero, one of TIME Magazine’s 100 Most Influen­tial People and one of Fortune Magazine’s Most Power­ful Women, a Glamour Woman of the Year, recipient of the World Children’s Prize, and by the US Department of Homeland Security for her work. She has been a guest on the Tyra Banks show, Fox and Friends, America’s Most Wanted, and was featured on Oprah and CNN. She has participated in Davos activities and the DLD conference, the 2011 Newark Peace Summit (alongside the Dalai Lama) and conferences including Imagine Solu­tions, Womenetics, EG, and Crimes Against Children. Despite threats to her life and a complex political envi­ronment, she established AFESIP in 1996 that purposes to combats both the impact and the enablers of human trafficking, slavery, abuse and exploitation of young women and girls. We accomplish this by helping victims become survivors and then teaching those survivors how to achieve financial independence through sustainable careers. We then welcome them to become part of our beautiful network of self-independent survivors. 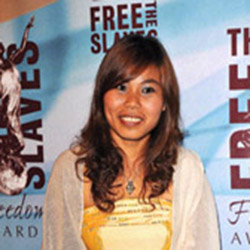 5. Sina Vann – Member of Board of Director

A survivor leader who is native of Vietnam, Sina Vann, was kidnapped at the age of 13 and brought to Cambodia to work as a sex slave at brothels. She was forced to serve 20 to 30 men daily and beaten if she hesitated to serve clients. Sina Vann was finally freed at the age of 16 after a police raid. She had been recovered at AFESIP’s center and empowered to be full-time Program Manager at the organization. She leads Voices for changes which brings the voices of victims to the nation and international levels. In 2009, she received the Frederick Douglass Freedom Awards in Los Angeles. Her works every day is to empower victims to leave from prostitutions and empower survivors to become part of solutions. She brings victims’ voices to the BOD in name as a survivor leader.

Sylor is an Operations Director of AFESIP, full-time staff. She has been with AFESIP over 10 years. Her job to ensure general operations of the organization works well including resources, technical coordination, finance and partnerships. She holds Master Degree of Business Administration and being residing in Phnom Penh.