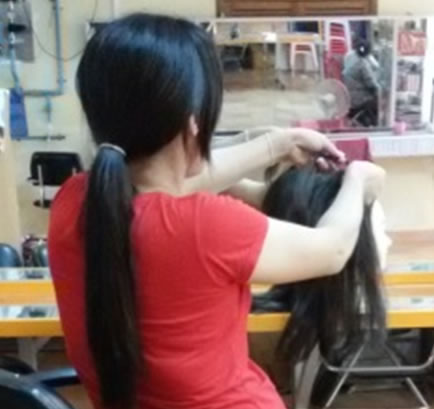 A number of Cambodian women have been being lured by brokers to China on the promise of marriage or highly paid jobs. This is because of poverty prevailing in Cambodia and the lack of general knowledge and information about what it is. And sometimes even they know, but still they take the risk anyway due to poverty.

Now look into the story of case SR0530, Chory, her fake name, who came to Siem Reap shelter mid-November 2013. To collect information to fill in the record, we tried to ask questions related to her personal story. However, we got a few answers only. She was reluctant to speak her story that why we have to wait a few weeks for her answers. Now it appears that she feels more comfortable and familiar with us and all of her team-mates.

A Woman I Regarded as a Hero, and New Doubts

While I was traveling in Vietnam and Burma, a story at Newsweek hit home. It charged that Somaly Mam, an activist against human trafficking in Cambodia, had fabricated elements of her background. Somaly has been a hero of mine, and I’ve written about her in my column, first in 2008 and most recently in 2011. [Read Full Article]

Onscreen, Dallas and 90210 star AnnaLynne McCord radiates pure confidence. But before she found Hollywood success, she survived a

strict, violent upbringing and a sexual assault by a close friend. Now she's speaking out to help other women who don't have a voice.

When I was on 90210 a few years ago, the character I played, Naomi, was raped by someone she knew. I welcomed the story line, thinking it was impor­tant for viewers. I memorized my lines and rehearsed the scenes. I felt ready to go. Then when the cameras were rolling on an intense scene — a fight with an unsupportive friend after the assault — I broke down, sobbing uncontrolla­bly. My castmates thought I had done a great job playing the part. They had no idea that I had actually been sexually assaulted by someone I knew in real life.

The Khmer New Year 2014 lasts for three days, beginning on 14-15 and 16 April 2014 which is the end of the harvesting season. It is very hot in April. Throughout the Khmer New Year, the Khmer citizens living in Phnom Penh and provincial cities and towns are leaving for their native home villages to enjoy meeting friends and families. Phnom Penh is empty, almost without traffic.

A few days before the New Year, the people prepare food, clean their houses, buy some new clothes and so on. When the New Year's Day comes, they prepare something such as a ceremonial ornament made with a banana tree trunk bake, some flowers and some fruits to welcome and sacrifice to the new angel. 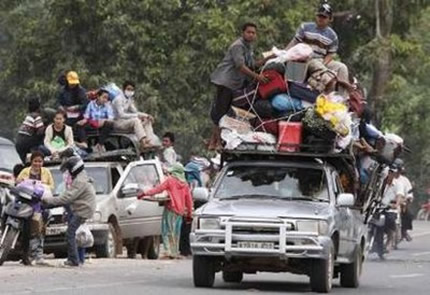